For all of us noise can be very annoying. We are all sensitive to the loud sound of a car alarm, the neighbour’s hammer banging on the wall or screaming children. But approximately 15-20% of the world’s population deals with high sensitivity. For HSP’s (highly sensitive person) any noise could lead to overstimulation.

When you’re a highly sensitive person, any daily impulse can feel extreme and become an overstimulating part of life. Lights, advertising images, but also sound can be very unpleasant.

It’s not evident if this over-sensitivity to sound arises because of better hearing, or just because HSP’s notice more sounds. When somebody is highly sensitive they are more aware of everything that is happening around them. And as you receive more stimuli, it’s harder to find focus. During work, in a conversation, even on your own thoughts…

Overstimulation can lead to restlessness, fear and sometimes even unwanted behaviour. Lack in concentration, fleeing from a meeting, panic attacks, anger… These are in fact the basic reactions of a human body when it is in danger and needs to survive. When the body is overstimulated in this way, it prepares to either run or fight. This is called the fight-or-flight-response. If you experience this state almost constantly, it’s not necessarily good for your health and stress level.

You can imagine how darn annoying a walk on the streets can be for someone who’s highly sensitive. Just imagine that you hear everything twice as loud as you normally do. So every bus passing, every dog barking, every honk of a car, can just drive you crazy. Also at home or at work any buzzing light, fan, airconditioning or ticking clock distracts you.

Wearing earplugs can filter a lot of those sounds. But then again, when you do want to have a conversation you’ll probably want to be able to hear the other person clearly. People waving or coming into your personal space to reach out are also not very pleasant to HSP’s.

With Knops we think we could have a solution for HSP’s . Because of the 4 steps we’ve developed, you can adjust the volume to any situation. From clear sounds to complete silence.

They’ll give you control over your personal space, even when it comes to sound. And that is probably a huge relief to everybody who deals with over-sensitivity. 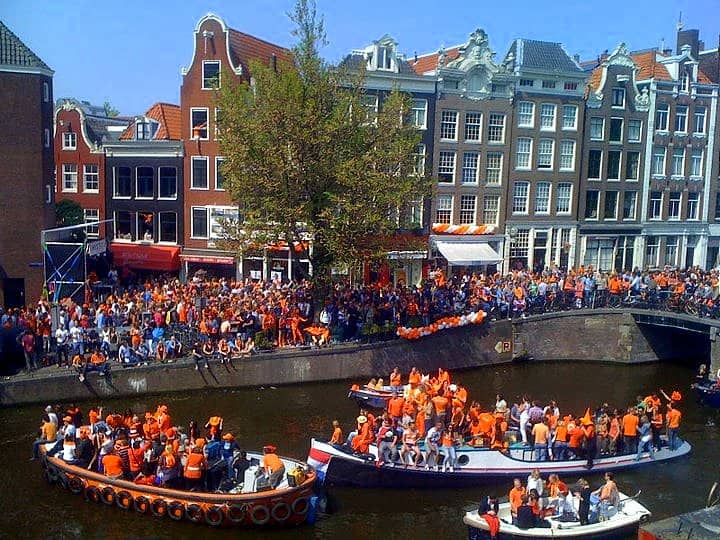 How to survive King's Day (without hearing damage)

Every year on April 27 the Dutch celebrate their King Willem-Alexander's birthday. For anyone who hasn’t heard of this: on this day the Dutch streets turn orange. Like literally. Everyone - including babies, pets and tourists - is wearing an orange outfit and has painted a red-white-and-blue flag on their cheeks. Although the King and his royal entourage visit only one town in the Netherlands, celebrations are happening throughout the whole country. Streets and parks turn into a so-called 'free market', where everyone has the opportunity to sell their second-hand stuff. Also music stages, food stalls and outside bars pop up everywhere. As King's Day