Imagine a sound traveling five thousand kilometers. That’s about the distance from Amsterdam to Qatar, or from Dublin to New York. Probably hard to imagine, but more than 130 years ago, this eruption made that happen.

At that time in 1883, a volcano erupted on the Indonesian island of Krakatao. The furious blast was so immense, so enormous that it completely destroyed the island it was on, made a plume of smoke of over 27 kilometers high, and created a deadly tsunami with waves of over 30 metres high. At least 36 thousand people died because of the blast and the ensuing tsunami, but some estimates exceed 120 thousand casualties.

“I am convinced that the Day of Judgement has come” 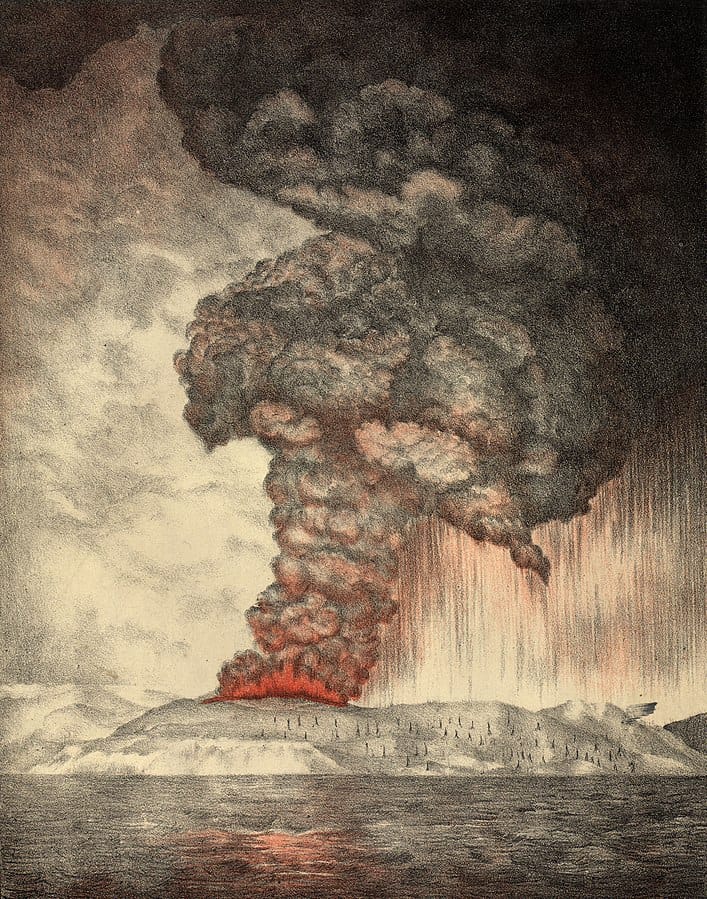 The distant roar of heavy guns

Outside of all that natural violence, the sound of the eruption was reportedly heard by people on the island of Rodrigues, an island in the Indian Sea, near Madagascar, some 4800 kilometers away. Again: that’s the same distance from Amsterdam to Qatar, Dublin to New York. Apparently, the sound of the volcano eruption sounded ‘like the distant roar of heavy guns’.

The pressure of sound waves was captured on barometers all around the world. Not even seven hours later, a spike was detected in Calcutta, India, an hour later in Mauritius and Australia. Twelve hours after the explosion, the waves were already in St. Petersburg, followed by the rest of Europe. In eighteen hours, the waves were in New York. For five days after the eruption, there was a spike in pressure every 34 hours (the time it takes for sound to travel around the planet).

On a ship in the Indonesian sea, some 65 kilometers from the location of the volcano, there was a British crew completely horrified by the eruption of the volcano, and the sky-high waves that followed it. “So violent are the explosions that the ear-drums of over half my crew have been shattered. My last thoughts are with my dear wife. I am convinced that the Day of Judgement has come”, the captain wrote in his log. 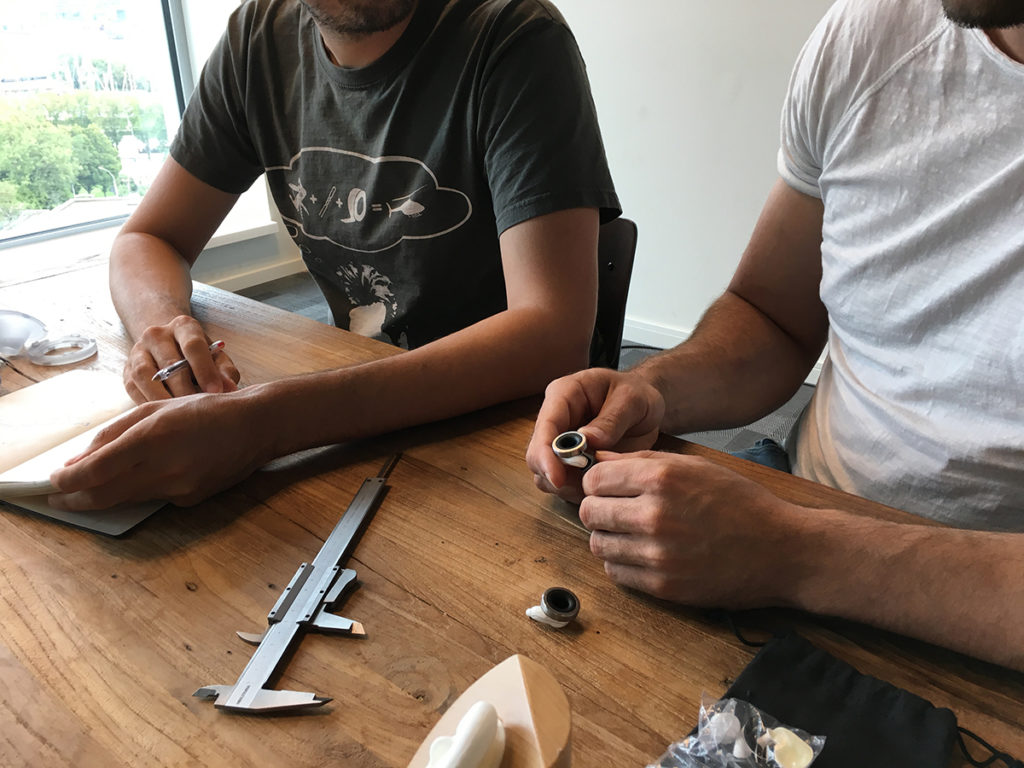 Entering the last stage of our Knops adventure

What a ride!Hi you! This post is directed straight to you. Whether you are a backer on Kickstarter or Indiegogo, a buyer through our webshop, a distributor, a fan, or just stumbled upon this message by accident. We would love to ask just a bit of your time. For us, the last couple of years have been devoted to making Knops, our dream, reality. And now we are nearing that realization of our dream. And without you guys, that would have never been possible. We are very grateful for that and feel very obligated to deliver our product as soon