What defines a great music hall? Is it the definition? The fact that you can hear every note, every whisper and every scream? Is it resonance? Warmth? Atmosphere? The search for the ultimate sound.

Acoustic consultants around the world, like Leo Beranek, have made their living out of sound, and they all made lists on what rooms sound best.

Of course style does matter.

You wouldn’t want to put The Queens of the Stone Age, Katy Perry and Andrea Bocelli in one room, unless you were looking for a sick collab. Rooms that are designed to make a single soprano sound as loud as a full orchestra usually are a rock sound engineer’s worst nightmare. Although modern technology does help the poor guy out, nowadays. With all that in mind, here are some top picks of the best places to experience the sound of music.

The future of perfect sound is here. The visually stunning and Elbphilharmonie finally opened its doors in january 2017 -after years of construction, costing a whooping 866 million euro. The central auditorium should have the same experience on évery seat, based on advanced sound algorithms, realised by a coral-reef like structure of more than 10.000 acoustic panels that fills this utterly spacy hall.

Connaisseurs of the sound of classical music are all totally in love with the gold painted MusikVerein in Vienna, bringing you softness in solo’s but soaking you in sound when the orchestra raises volume. Built in 1812, not based on heavy sound theory but on intuition. The secret: the relatively small rectangular shape, rich plaster decoration and high ceiling.

An outdoor pavilion thats listed as a great music hall? Well, why not. This eccentric silver plated outdoor stage of the Jay Pritzker Pavilion by world famous architect Frank Gehry has an unique sound system, with a lattice of computer controlled overhead speakers that synchronize the soundwave and add exactly the right amount of reverberation. A great sounding delight under the starry skies.

As seen from the hall, the concert hall inside Opera City Concert Hall at first looks normal. Till you look up. There it is: a giant distorted pyramid forms the ceiling of this insane auditorium, providing amazing acoustics for classical stars like cellist Yo-Yo Ma. Simply spectacular, both for your ears and eyes. 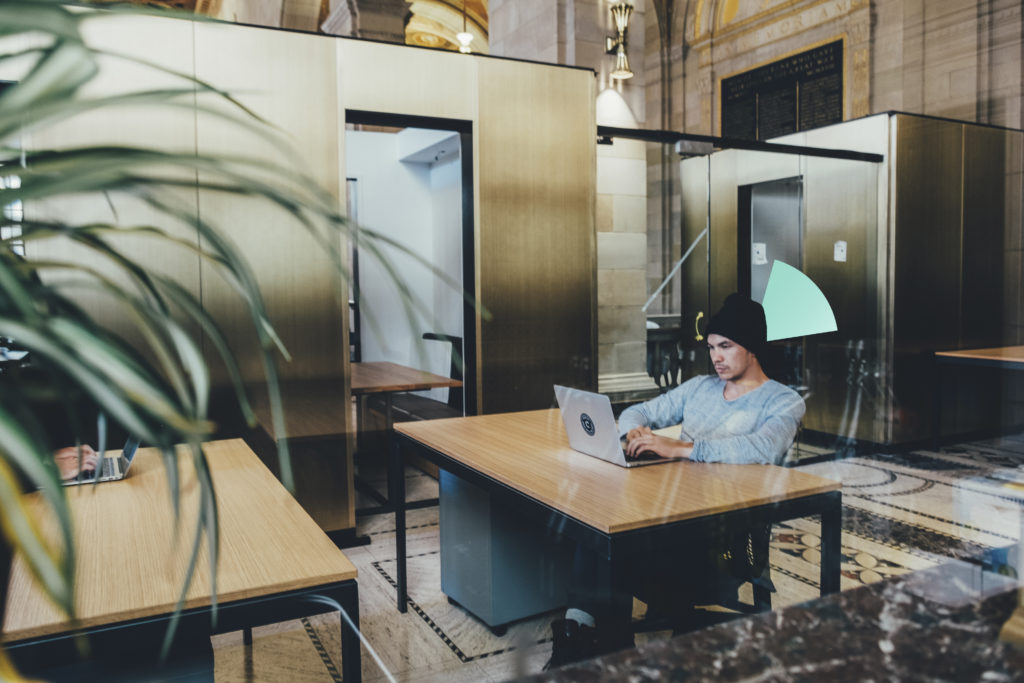 How silence can help you find focus at work

Are you having trouble focussing at work? Maybe because colleagues always have tons of questions for you, or because you work in an open office and noises disturb your concentration all the freakin' time? Some days it can be really hard to get work done because of distracting sounds. If only there was something like a volume button for your ears to tune down those annoying noises… Open offices are intended to encourage creativity and collaboration. But experience shows us that working in an office like that, also brings on a lot of distraction. Coworkers having a conversation, devices like printers or airco-systems, someone coughing,